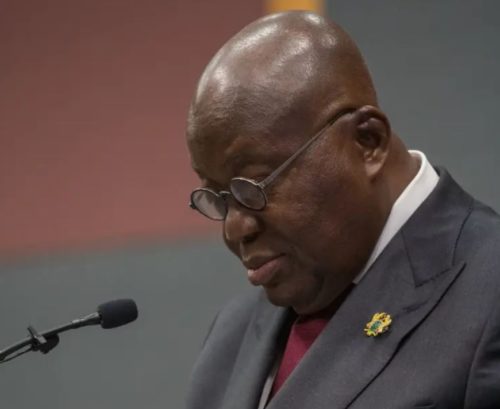 The Institute of Statistical, Social and Economic Research (ISSER) of the University of Ghana has called for a reduction in the size of government amid Ghana’s economic turmoil.

Addressing a 2023 budget review forum at the institute Tuesday, the Director of ISSER, Professor Peter Quartey, said to restore macroeconomic stability and build a resilient economy there was the need for fiscal consolidation — raising revenue and reducing expenditure, including reducing the size of government.

According to him, the increase in the VAT and cost-cutting measures in the public sector should be complemented by a reduction in the size of the government to achieve the desired outcome.

On the debt programme, Prof. Quartey said that a national consensus among key stakeholders, such as Parliament, investors, civil society organisations (CSOs) and the citizenry, would help accelerate the country’s recovery efforts and avoid the mistakes that led the economy into its current challenges.

“The government should deepen consultations, while the opposition engage meaningfully to avoid the mistakes of the past,” Prof. Quartey said.

Government has launched the Debt Exchange Program announced in the 2023 budget.

This comes on the heels of the conclusion of the broad contours of the debt sustainability analysis as part of the debt restructuring deal with the International Monetary Fund(IMF).

The debt operation is part of a comprehensive set of measures for reducing the present value of public debt to Gross Domestic Product (GDP) ratio to, at least, 55 percent in the medium term by offering an effective cap on interest payments on public debt.

Finance Minister Ken Ofori-Atta on Monday announced domestic bondholders with the exception of Treasury bill holders will be affected by the debt exchange program.