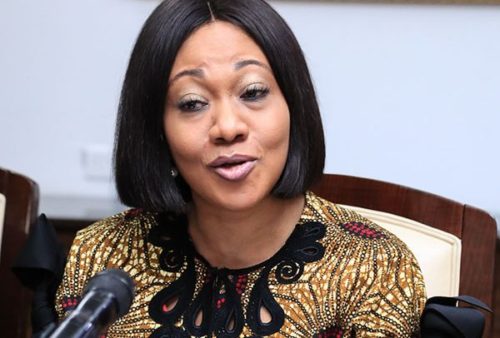 The Electoral Commission (EC) has initiated steps to invoke it powers to cancel the registration of some 17 registered political parties which do not have offices or proper representation nationwide, following the inspection of the offices of all 28 parties.

Per a notice of sanction published in the Daily Graphic, the EC indicated that, “in a bid to ensure compliance with section 22 (1) of the Political Parties Act, 2000 (Act 574), the Electoral Commission undertook a nationwide exercise to inspect the offices of all registered political parties in Ghana. This exercise was conducted from 16 May to 9 June 2022.”

“Following the nationwide inspection, it came to light that the under-listed Political Parties have no offices at the national and regional levels as required by section 15 (1) (Act 574).”

“The Commission intends to invoke section 15 (3) (c) of the Political Parties Act of 2000, Act 574, which mandates it to cancel the registration of political parties which do not have offices at the national and regional levels.”

Prior to this notice, the EC Chairperson, Jean Mensa, said the commission had the power to sanction offending political parties who are required by the Political Parties Act 2000 (Act 574), to have nationwide presence.

“Some parties do not have offices at all. The law mandates us to strike them off our records,” she said when she led a delegation from the commission to visit some political parties in Accra.

Section 9 (c) of Act 574 obligates a political party to have “branches in all the regions and is, in addition, organised in not less than two-thirds of the districts in each region.”

The two-week nationwide inspection which began is in line with the Political Parties Act and is to ensure that the party exists at the national, regional and district levels.

Officials of the EC visited offices of political parties with a checklist to audit their facilities, whether they do exist at the addresses and locations provided to the EC and as well check their human and logistical capacity.

Mrs Mensa, accompanied by her two deputies; Dr. Bossman Asare and Samuel Tettey and other officials, visited the Headquarters of the Convention People’s Party (CPP) and Progressive People’s Party (PPP).

At the CPP head office where they were received by the Chairperson of the party, Nana Akosua Frimpomaa Sarpong-Kumankumah, and other executives, the EC Chairperson, said the inspection and the report to be compiled afterwards would enable the Commission to make informed decisions about the fate of the parties.

She stated that the exercise was not a political witch-hunt, and in that regard, the EC boss said parties which had genuine challenges such as expiration of some of the leases of their offices and had accordingly informed the Commission of their situation could receive some consideration.

She said aside from the 28 registered political parties on the EC’s register, 12 more have applied for licence and it was the responsibility of the Commission to ensure that they all meet the threshold.

Responding to a suggestion that political parties would be given some logistical support, she said, the issue could be brought up at the Inter-Party Advisory Committee for further deliberation.

On her part, the CPP Chairperson, Nana Akosua Sarpong-Kumankumah said, the party had nationwide presence and although some of their leases had expired they were in the process of renewing them.

At the PPP Head office at Avenor, the inspection was not done because the facility had flooded.