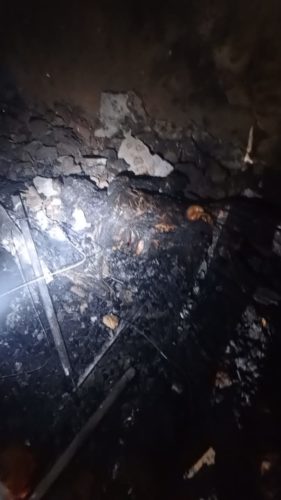 The fire outbreak occured at about midnight.

The assembly member for Asuboa Salam, Andrews Sir Doe told Starr News the man identified as Yaw Donkor was sleeping when the fire gutted the room.

Four other victims in nearby rooms were however rescued by residents and Fire personnel who doused the fire .

“The fire outbreak started at midnight. The cause of the fire is not known but the house is connected to electricity. In fact the man was sleeping alone in the house so he was burnt to death. I tried hard before getting Fire service personnel to come around to help extinguish the fire. They broke into other rooms to rescue four others including children”

The charred body has been wrapped and taken to the morgue for preservation pending further investigation.

The Eastern Region recorded 279 fire outbreaks within the first quarter of the year. The figure comprised of 167 bushfire outbreaks and 112 domestic fire incidents.