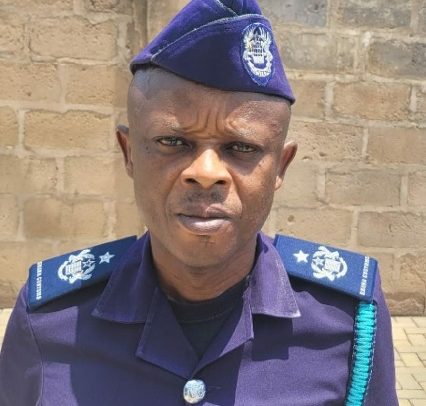 The Customs Division of the Ghana Revenue Authority (GRA) has revealed that it will pilot the much touted e-auction program on Friday, Oct 21, 2022 at the port of Tema.

The pilot program will apply to only vehicles with 15 vehicles earmarked for the process.

The e-auction will however be fully rolled out for the general public on Oct 31 where both general goods and vehicles will be auctioned.

On the website, after inputting the necessary registration information, one would be able to scan through pictures of the various items lined up for auction to apply.

According to Customs, the reserve price for all auction goods will be publicly declared online where the IT system itself will select the highest bidder.

However, customs has warned that all bidders who fail to follow through transactions after winning a bid, will be subsequently blocked from using the system.

The e-auction when fully rolled out is expected to replace the existing manual, paper-based system for the auctioning of goods at the country’s ports and other designated customs zones.

Customs is hopeful the e-auction will facilitate the disposal of uncleared cargo much faster, decongest the ports and state warehouses and make revenue collection through auction easier.

Indeed, auctions remain a major means of revenue collection for the Customs Division of the Ghana Revenue Authority.

Speaking on the Eye on Port program, Principal Revenue Officer in charge of Auction at Customs, GRA, Eric Afari revealed that for the period between 2016-2021 the following revenue figures were realized from auctions:

Mr. Afari also disclosed that one major motivation for this intervention by management is to reduce the rate of negative deviations his outfit suffered over the years.

According to him, “We didn’t want to have negative deviations again. Some goods stay at the port for a long time, some goods when sold on auction, successful bidders return goods claiming the goods have gone bad so we replace them. Some vehicles the conditions were very bad. Some were overaged. Some don’t take time to examine the vehicles very well. They pay duties before they come back to complain. Some too will win the bid but not pay on time, leaving the goods for a long time.

“Some were also using fake chits. Some were able to clear with the fake chits, others we arrested, and we take them to court. They are able to scan signatures and at compliance you see the chit as a genuine chit. That is why we have decided to go with e-auction. It will remove all the bottlenecks.”

See also  We are suffering media tyranny; they interview us, create words and put it in our mouth – First Deputy Speaker.

In the meantime, the customs official urged traders and importers who for some unfortunate reason are unable to clear goods subjecting them to future auction to be proactive in their attempts to enjoy restoration. He revealed that after the 60day stipulated time for clearing vehicles for example, it takes a further 1-3 months before auctions are completed hence, all such victims should petition the Commissioner of Customs appealing for restoration well ahead of time.

He says the earlier the petition and readiness to pay, the higher the likelihood of success.

Previous Kasapa102.5FM CID petitioned to probe and prosecute Akonta Mining, Wontumi over galamsey By kasapafmonline.com – October 19
Next Another Mining Bill Lands In Parliament