Breaking News
Home / Politics / Do we have leaders in Ghana? – Banini fumes over ‘severe’ hardship

Do we have leaders in Ghana? – Banini fumes over ‘severe’ hardship 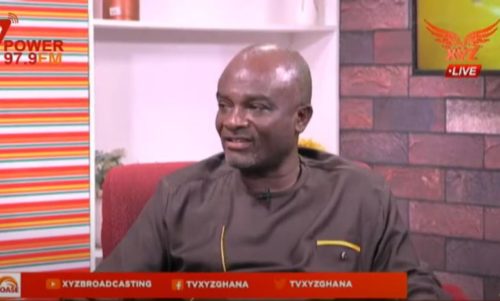 The chairman of the opposition National Democratic Congress (NDC) in the Ablekuma South Constituency has described the governance of President Akufo-Addo as the worse in the history of the country.

The politician who said he has followed the economic trajectory of the country under the Fourth Republic observed that the hardship Ghanaians are going through under the Akufo-Addo-Bawumia government is unprecedented.

Speaking on Dwaboase on TV XYZ, Mr Banini wondered whether the COVID-19 which has been blamed for the economic downturn affected only Ghana, pointing to the fairly stable inflation in the neighbouring countries in West Africa.

See also  Let's work together and bring development to our constituency; Am most grateful for you all - Krachi East newly elected Organizer

There is no end in sight with Ghana’s inflation rate, as the figures have consistently been soaring in the past 7 months.

The rate, according to the Ghana Statistical Service, has moved from 33.9 percent in August 2022 to 37.2 percent in September 2022, a figure most experts say do not reflect market prices.

One of the drivers of food inflation is transport fares which are fueled by incessant fuel hikes since January.

Chairman Banini believes there is no one in charge of the country, thereby asking “Do we have true leaders in the country?”

What is happening today, the hardship today cannot be compared to what happened under President Mahama’s administration yet people are quiet. Chiefs, the Clergy, CSOs harshly criticised our government yet what we are going through today is hell and these people are no where to be found,” he argued.

To him, the government has taken Ghanaians for granted and the people ought to rise and call the managers of the economy out.

Tags Do we have leaders in Ghana? – Banini fumes over ‘severe’ hardship