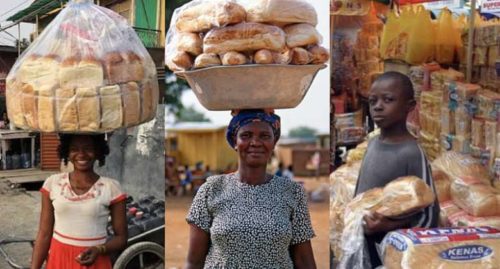 Bakers in Kumasi are set to petition the Ministry of Trade over the surging prices of flour in Ghana, Modern Ghana has been reliably informed.

Information gathered by this portal has it that plans are set to stage a massive demonstration in Kumasi in some few weeks to come against government and local producing companies of flour. They accused manufacturing companies such as Olam Company, Flour Mills of Ghana, Irani Brothers and Takoradi Flour Mills of deliberately increasing the prices to kick them out of business.

Executives of the Ashanti Bakers Association told this reporter that the rampant increase in the price of flour, margarine, sugar etc needed for the production of bread has increased production cost collapsing their businesses.

Majority of Bakers in the Ashanti region according to executives have been knocked out of business since they can no longer bear the rising production cost caused by what they have described as an insane increase in prices.

See also  I’m for criticism of the President, not insults – Gyampo on sacking of SHS students

Consequent to the cedi depreciation, the price shot up to GHS400.

After two weeks, it went up abnormally to GHS500 and then to GHS570 in another two weeks.

It has ballooned to the current price of GHS680.
“Last month the price of margarine was GHS580 but currently it is being sold at GHS750”, she added.

Speaking exclusively to Modern Ghana, Financial Secretary for the Association Isaac Agyemang lamented that the price of a bag of flour now increases every week.

“Every week they increase the price of a bag of flour and even as I speak to you now, a bag is sold at GHs 680,” he said in a sad tone.

She lamented that bakers are barred from purchasing the ones imported from Ivory Coast on the pretext that importers smuggled them into the country.