Decomposed body of a man found at Atonsu 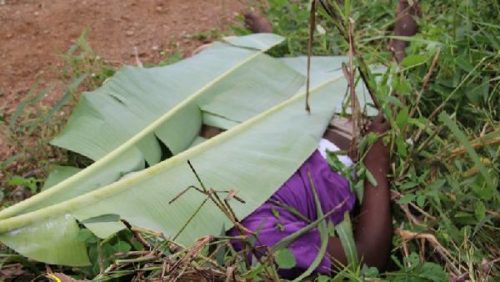 The decomposing body of an unidentified man has been found at Atonsu Kyiriapatre in the Asokwa Municipality of the Ashanti Region.

The body was discovered by residents on Monday December 12, 2022 following the stench emanating from the scene.

Speaking to OTEC News Jacob Agyenim Boateng, some residents who throng to the scene in shock said they had no idea who the deceased was.

The decomposed body was found in a gutter covered by weeds in a   bush.

Meanwhile, Environmental health officers and other security agencies on the Asokwa Municipality arrived and carried the dead body away.

The residents said they could not tell whether the man was a thief or not.

Tags Decomposed body of a man found at Atonsu

Previous Over 10 school kids injured in another school bus accident at Kodie
Next Asunki Writes: NDC seriousness is empty and scary during and after elections, Supreme Court Vindicated.