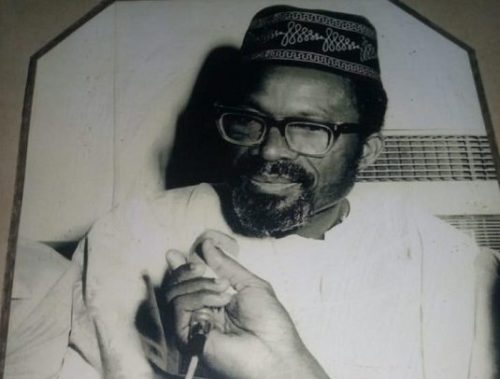 A Dagbon icon who was also Ghana’s envoy to Mali has passed on in Yendi aged 92.

A statement issued by the bereaved Babayili family of Yendi has it that Alhaji Yidana Baba Abukari Seidu passed on at the Tamale Teaching Hospital on October 16, 2022 and has since been interred in conformity with Islamic tradition in Yendi.

The former educationist who served as ambassador to Mali under the President Hilla Limann regime, impacted greatly the development of education in the Northern Region in general and Yendi in particular.

On Friday November 4, 2022, the funeral rites kick start with kubihi pinbu and gbangzhinbu followed by 10th November 2022 binwuhbu and yili gilbu. The final aduwa has been slated for Friday November 11th November, 2022 at the Yidana Baba’s family house in Yendi.

The late former envoy was headmaster of the then Yendi Middle Boys’ School which was later turned into the Yendi Secondary School among other appointments.

He was Chairman of the Yendi Traditional Council in the late seventies, President of the Dagbon Youth Association DAYA from 1992 to 1996 and the Regional Organiser of Dagbani Literature between 1974 to 1978 having also chaired the lnter-Religious Dialogue (Yendi) between 1994 to 2000.

He was credited with many academic laurels for which he attracted awards from the then Governor of the Gold Coast, including text books which are still in the library of the Bagabaga College of Education. He was College Secretary between 1952 and 1955. The nonagenarian was born on October 10, 1929.