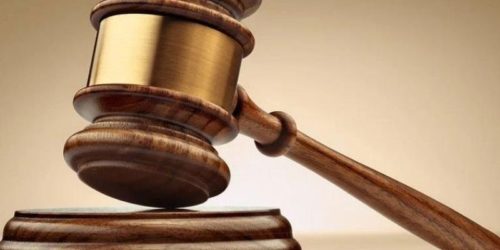 A pastor, who doubles as a businessman, Seth Kwame Sallah, has been fined 1,000 penalty units by an Accra Circuit Court.

The court, presided over by Samuel Bright Acquah, handed down the sentence to Sallah yesterday, after he was found guilty on two charges of forgery of documents and possession of forged documents.

The ‘man of God’ was found guilty last week, Thursday, but his sentence was deferred to yesterday.

Prosecuting Officer Assistant Superintendent of Police (ASP), Evans Kesse, narrated to the court that both the complainant, Anang Atoklo and Sallah, are businessmen and reside at Ashaiman in the Greater Accra region.

He said in the year 2014, the accused had a barter arrangement with the complainant, by which the latter supplied the former with building blocks and instead of paying him money, he was offered four plots of land located at Apollonia with documents, covering the said property.

The complainant also went ahead to register the land in his name at the Lands Commission. However, in November 2020, the accused went to the complainant and asked him to vacate the land, pointing to a statutory declaration allegedly signed by Anang.

The complainant denied knowledge of the said statutory declaration, and submitted the said document to the Police Forensic Laboratory for analysis.

Interestingly, the forensic analysis results validated the complainant’s suspicions that the signature on the Statutory Declaration was not authentic.

The complainant reported the matter to the police and during investigations, several invitations extended to the accused, including through his Secretary and son, who were all turned down. Criminal summons was served on the Pastor before he appeared before the court on August 7, 2021.

In another development, an Accra Circuit Court, presided over by Evelyn Asamoah has jailed Godwin Kwasi Osei, 34, a driver for 20 months for engaging in land guard activities.

The court established Osei guilty of trespassing, threat of harm, prohibition of activities of land guard and threat of death on Tuesday, December 13, 2022.

The convict pleaded not guilty to the charges, hence went for a full trial.

The case, as narrated by the prosecution officer, Chief Inspector Benjamin Benneh, was that the convict threatened to kill the complainant, Brigadier General Dr (Rtd.) Edward Fiawoo over a land located at Oyarifa.

According to him, the convict was a taxi driver and lives at Oyarifa.

He added that in the year 2011, the complainant acquired two plots of land at Oyarifa from the Mantey and Ahulu families of La-Accra, through the Ghana Armed Forces Land Scheme.

The complainant, after the purchase, was issued with an indenture and registered same at the Lands Commission.

However, the registration process was delayed, due to some challenges, but all the same the matter was resolved and a land title certificate dated June 12, 2018 was issued to the complainant.

The complainant visited the property on the same day that the certificate was issued, on June 12, and found that the convict had trespassed onto the land and had put a structure on part of it, and was residing there with his family.

See also  Poor condition of service in Ghana is a systemic issue that must be tackled immediately by the government - Private Legal Practitioner.

As gentle as he could be, the complainant politely enquired to know who was occupying the land, but the convict responded with violence, indicating that he was put in charge over the land and threatened the ex-serviceman not to step on the land.

Subsequently, on November 11, 2021 the complainant visited the property again with a witness in the case, and the convict prevented the retired soldier from entering the land, amid threats of death.

As a result, the complainant lodged a complaint at the Regional CID/Accra and the convict was arrested.

During interrogation, the convict indicated in his caution statement that the land belongs to his sister,  Sylvia Akosua, who is domiciled in Switzerland, but could not produce any document to substantiate his claim.