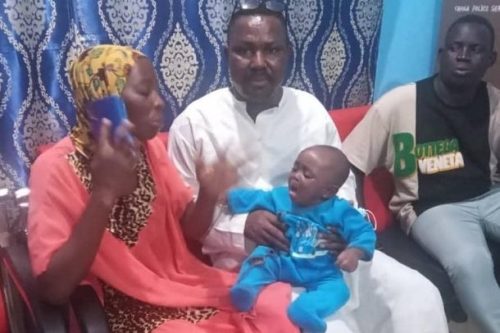 A Police officer, Inspector Alhassan Seidu, stationed at Comet Police stationed under the Aburi District Police Command in the Eastern Region has done a marvelous job by disguising himself as a “Mallam” to arrest a woman who allegedly stole his two-month-old baby.

The suspected baby thief, identify as Zenabu Janet, was arrested on Tuesday, at her hideout in Babato Kumah village near Kintampo in Bono East Region after almost three months of allegedly stealing the two-month-old baby at Aburi.

She hails from a community near Tuna and came to work as a chop bar attendant at Aburi for the Police wife.

According to reports, on August 6, 2022, the suspect did not go to work hence her landlady requested she babysits her daughter whilst she prepared meals for the family.

At 5:30pm on that fateful day, she informed the Police’s wife, she was going to buy mobile phone airtime at the roadside and hence carried the baby at her back with a piece of cloth and never returned.

The mother of the baby made an official complaint to the Aburi Police and the case was subsequently forwarded to Police Headquarters for further investigation but made no headway.

However, the Police officer, whose wife is the chop bar operator the suspect was working for decided to support the Police headquarters’ investigation to smoke out the suspect and rescue the baby. 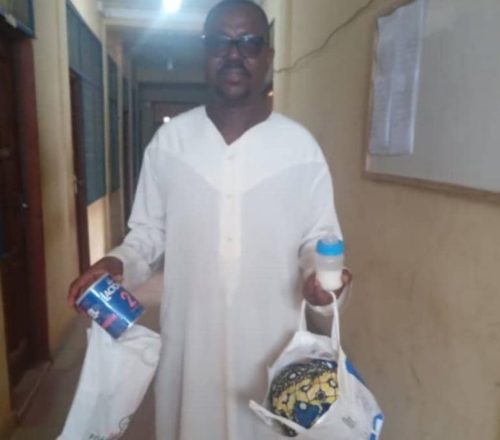 An informant who disclosed the information to Brty Fm, Koforidua-based radio, said the Police officer established that the suspect had relocated from her home village near Tuna to Babato Kumah near Kintampo where the husband and mother-In-law live.

According to the informant, the Police officer, upon reaching the community disguised himself as a Mallam and went to the Dagomba Chief palace to narrate the incident and described the suspect with her old picture.

But the Chief and elders were not sure such a person was in the community.

However, not being convinced, the police officer spent three days in the community to smoke out the suspect.

On Tuesday, the Police officer got a tip-off and went to a house and saw the suspect and the baby with the mother-in-law.

The suspect denied stealing the baby and insisted she gave birth to her, as she resisted arrest.

But with the interventions of the Kintampo Police, she was grabbed and locked up at the Police cells and was transported to the Police Headquarters in Accra on Wednesday.

Interestingly, the suspect was reportedly pregnant but suffered a miscarriage before leaving for Accra.

Upon return to the village, he told the husband who had traveled and her In-law that she delivered.

She renamed the baby Sakira.

“According to the husband she picked seed and had a miscarriage due to quarrels and she left for Accra. That was when he had information from Zenabu that she had given birth, he did not believe it and refused it but his mother convince him to accept it,” a family source said.

Alice Azure, mother of the baby said the abduction of her daughter brought serious psychological suffering to her as she couldn’t sleep.

Meanwhile, the baby has been medically examined at the hospital and the results indicate she is in good health condition.

The suspect is currently in custody assisting in an investigation as the Police are preparing her for court.