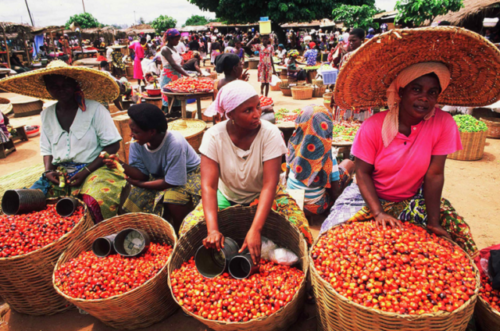 Executive Secretary for Consumer Protection Agency (CPA) Kofi Kapito has descended heavily on members of the Ghana Union of Traders Association (GUTA) for being adamant in reducing price of commodities despite economic recovery efforts by the government.

His comments come after government’s efforts in mitigating the cost of fuel and the depreciation of the Cedi to the Dollar with prices of goods and services remaining same.

Business owners hiked prices of goods and services due to the combined effect of Cedi depreciation and increases in international crude oil prices.

The situation impacted negatively on livelihoods and exacerbated the cost of living in the country.

However, the Cedi has received a big boost against the major foreign exchanges recently.

This comes as a result of government’s effort to aid the growth of local businesses and sustain livelihoods.

Nevertheless, this has not reflected on prices of goods and services in the market.

Kofi Kapito, who was addressing the media on Tuesday, December 20, described the attitude of the traders as unfair, shady and unhealthy for Ghana’s economy.

He has demanded transport unions and GUTA members to use the same speed and alacrity with which they increased prices of commodities to reverse them downwards.

See also  ‘If you don’t give Police money, he cannot take it from your pocket’ – Dep D-G of Ghana Police Service on corruption perception

“We are operating in a free market so the CPA understands and appreciates the importers, retailers and transport unions but that doesn’t give them the advantage to not adhere to the same principles when it favours them and when it favours the consumer there shouldn’t be a challenge.

“I urge businesses to consider this to encourage free flow of commerce in the country because the worst situation is for consumers to either reduce their consumption or stop patronizing their businesses,” he reiterated.

He has maintained that it is only fair that the government’s effort in mitigating the cost of fuel and stabilizing the cedi would reflect in the prices of goods and commodities.

He affirmed that the CPA will continue to engage the traders to reduce the prices of goods significantly to cushion consumers.