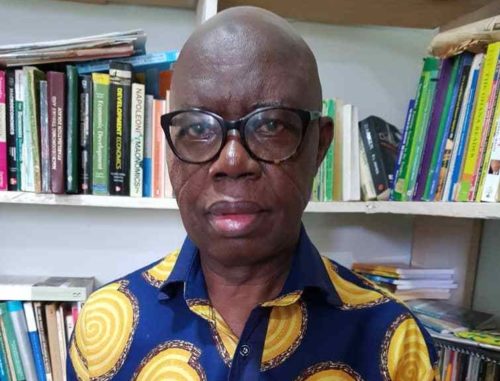 Agricultural and Rural Development Economist, Professor Saa Dittoh has chastised Christians for their seeming support for the building of the National Cathedral by Government even as the country struggles economically.

He thinks that Christians are so ‘mumu’ on the matter and it’s about time they threw away egos and obeyed the Holy Spirit.

Prof Saa Dittoh, who himself is a Pastor of many years, urged that if God really wants a Cathedral to be built in His honour, it will be built in a matter of months.

It is his contention that the building of the National Cathedral notwithstanding the prevailing economic challenges of the country is a reproach against God.

He wants the project postponed.

“Why are Christians so mumu about this National Cathedral issue? I can only imagine how God is feeling. If our God really wants a NC at this time, He can get it built within a few months! Let us throw off the egos and obey the Holy Spirit.

This unwarranted reproach against God must end with 2022!! #postponeNC,” he stated on social media.

Prof Saa Dittoh has been a consistent critic of the National Cathedral Project ever since its inception and as scandals about it come to light. He has previously criticised the project as terribly expensive at a time the basic needs of many Ghanaians remain unmet and the fact that there are thousands of churches for people to worship in.

“There are thousands of churches for us to worship our God in ( for our spiritual needs), so why the madness of a terribly expensive National Cathedral when our physical needs are so enormous! God made us spirit, soul and body! Please, let us REASON a bit,” he had written on social media.

Meanwhile according to the Finance Minister, some GHC 330 million sourced from the Contingency Vote has been sunk into the project after Government demolished building and made land available for the project. An allocation of GHC 80 million has been made in the 2023 Budget for it. The project is at the foundation level.