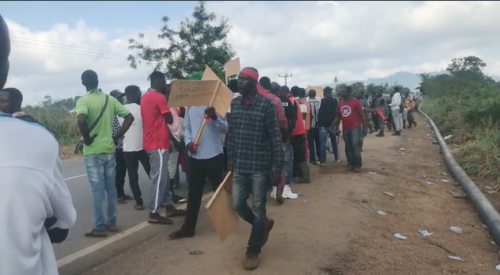 Two persons are on admission while three others have been treated and discharged for gunshot wounds following a communal clash over who has authority to perform traditional rituals.

Others yet sustained wounds and bruises from machetes and stone pelting, when youths of Bibiani in the Bibiani-Anhwiaso-Bekwai municipality in the Western North region prevented a delegation from the Anhwiaso Traditional Area from performing traditional rituals at the River Mensin to pave the way for Asante Gold Corporation, a large-scale mining firm, to start operations in the area. 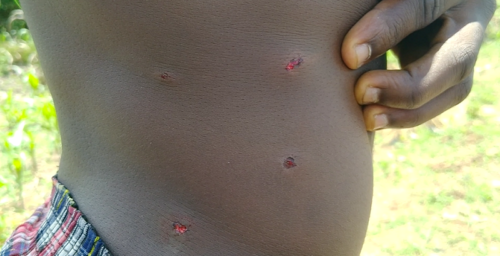 The youth said they did not understand why a traditional leader from another part of the traditional area should be the one performing the rituals when they have a chief in the area.

See also  Revealed! Acre of gov’t lands being sold for GH₵41 in Ho

The Bibiani youths argued that if the rituals were performed by the people from Anhwiaso, the youth from Bibiani would not get jobs from the company.

The challenge quickly degenerated into a heated argument between the youths and the delegation from Anhwiaso Traditional Area, with the former insisting it is the chief of Sehwi Bibiani who has the right to perform the rituals.

The delegation from the Anhwiaso Traditional Area

One of the protesters who identified himself as Atta Owusu, alleged that Asante Gold Corporation and the communities were yet to conclude and commit to a roadmap ahead of commencement of operations.

“Allowing the delegation from the Anhwiaso Traditional Area to perform the ritual would mean Asante Gold Corporation has the green light to operate and ignore the content of the agreement we are yet to agree on,” he alleged. 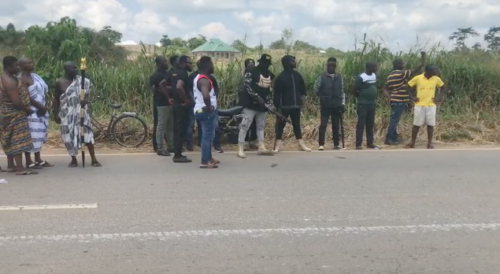 Atta Owusu said their protest was to let the leaders know that the roadmap needed to be followed, and wondered why the gun and machete attacks. 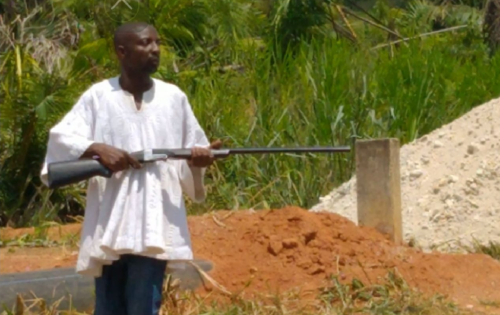 The Bibiani Divisional Police Commander, ACP James Amoako Achamfour, reminded the youth that there are laws on demonstrations or protests.

He said while there is a right to protest, those behind it must follow the law to prevent damage to lives and property.

Previous Oti Region: Youth Demostrate Against  NEDCo Over Poor Power Supply  in Krachi [videos & photos]
Next COVID-19 Trust Fund: Chairperson Account to public how much they received as only ₵9M left