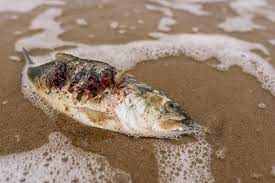 Over 30 residents of Abeadze Kwekrom in the Mfantseman Municipality of the Central Region have been poisoned after eating a contaminated fresh fish sold to them by a stranger.

The residents according to reports after consuming the fish had upset in their stomach which resorted to incessant defecation.

They were rushed to the Ekwamase Health Centre with some taking as many as five drips before becoming stable.

Nana Asare has gathered the hawker was nowhere to be found in the community when the ramifications of the contaminated fish started manifesting.

Abeadze Kwekrom residents after the incident have avowed not to allow any stranger sell in their community.

Those hospitalised are now in stable condition.