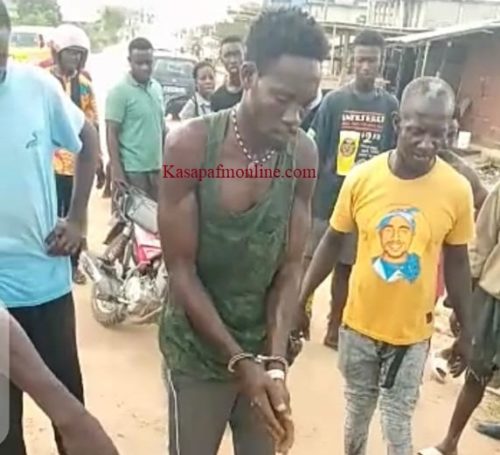 A 30-year-old notorious goat thief, Kofi Bondy has been arrested by residents of Jei-krodua in the Awutu Senya West District of the Central Region for stealing and killing a pregnant goat.

Some curious youth in the town spotted the suspect with a sack on his neck and accosted him. 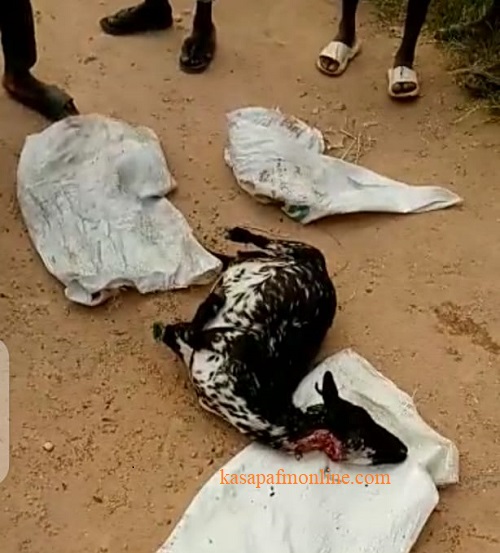 Upon interrogation and a search, they saw a pregnant goat inside the sack with its head cut leading to his arrest as he confessed to stealing it. The owner of the goat however was not immediately known. 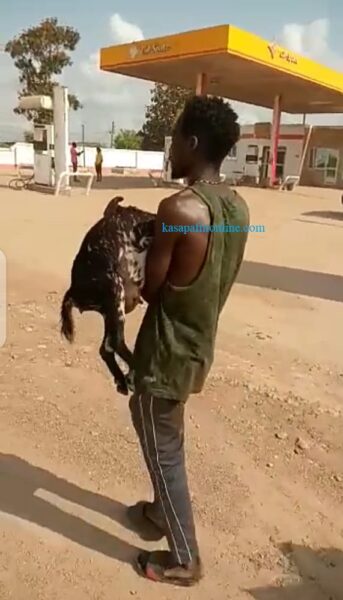 The residents in an interview with Kasapa News, Yaw Boagyan claimed the suspect is on the police wanted list for the past two years over the same crime.

They suspect he’s behind the rampant stealing of goats in the area.

Meanwhile, the case has been reported to the Police for investigation with the goat as evidence.

Previous Storekeeper commits suicide at Breman Essiam
Next Ejurahene destools Miminaso No. 2 Chief over Fulani presence in the town