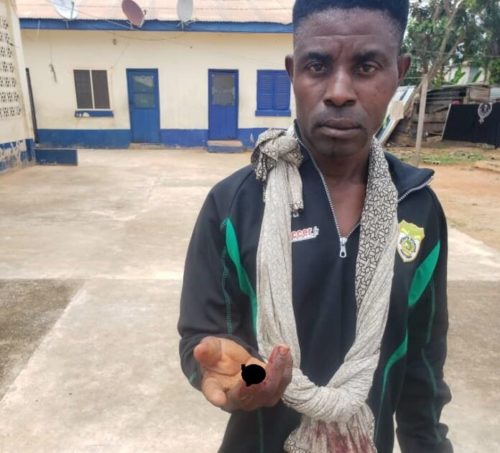 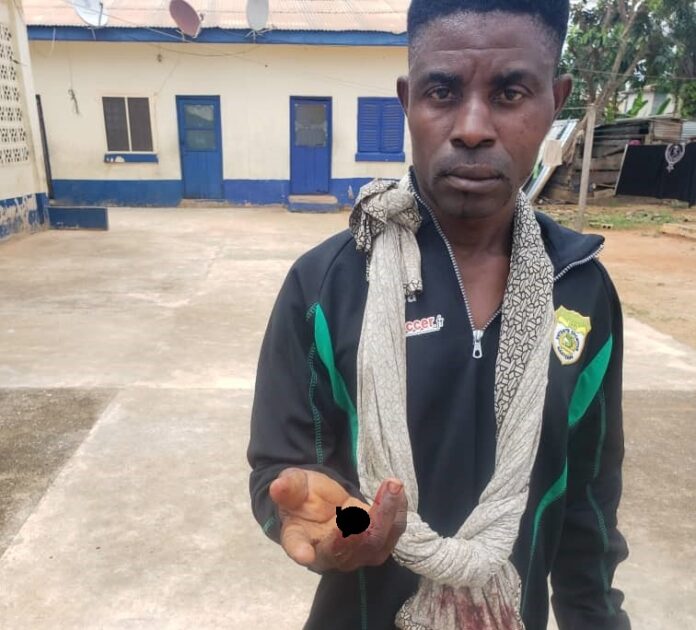 A man believed to be in his late 30s, George Lartey has had his middle finger bitten off in a fight that ensued between him and a 50-year-old, suspect Kwaku Alluoke at Assin Betenesinso in the Assin Fosu Municipality.

An eyewitness explained to Kasapa FM News Yaw Boagyan that the suspect threatened to kill the victim and kill himself afterward over the missing fowl.

“True to his words, he angrily went to the victim’s house with a gun to engage in a scuffle. The victim in an attempt to disarm the suspect who was so furious in the brawl led them to the ground where the victim’s hand slipped into the suspect’s mouth. He then bit it, chewed, and spewed it” She narrated.

The victim who was bleeding profusely rushed to the police station to lodge an official complaint.

A medical form was therefore issued to him and the suspect was subsequently arrested while the unlicensed gun and cartridges were retrieved by the police.

The suspect also sustained injuries and a medical form was issued to him to seek medical attention, whilst the case is under investigation.

Meanwhile, the suspect, Kwaku Alluoke popularly known as Adiepena said that the victim had been tormenting his life for some time and that brought about the enmity, adding that “the gun he was wielding was damaged with no bullet inside”.

He, however, pleaded with the police to forgive him, as he had no negative intention to maim the victim.

Meanwhile, the case has been reported to the Assin Fosu Police Station for investigation.