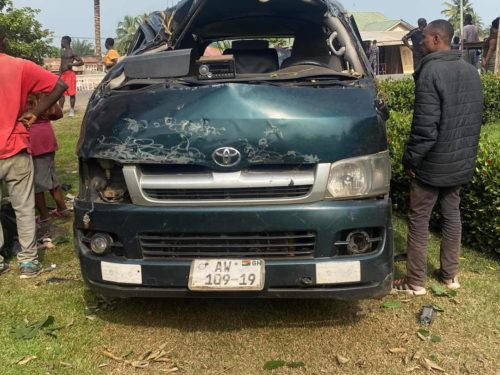 Scores of passengers are seriously injured in a near fatal crash involving a Toyota Hiace bus carrying passengers from Kumasi to Ho in the Volta Region.

The speeding vehicle burst a tyre on reaching Akyem Kukurantumi stretch of the Koforidua to Bunso highway affecting the driver’s ability to control the steering wheel.

The vehicle with registration number AW-109-19 therefore veered off the road and somersaulted three times before crashing in a nearby house, according to an eyewitness.

The driver and other passengers aboard the vehicle were seriously injured hence rushed to Kukurantumi community hospital and Akyem Tafo Government hospital for emergency treatment. 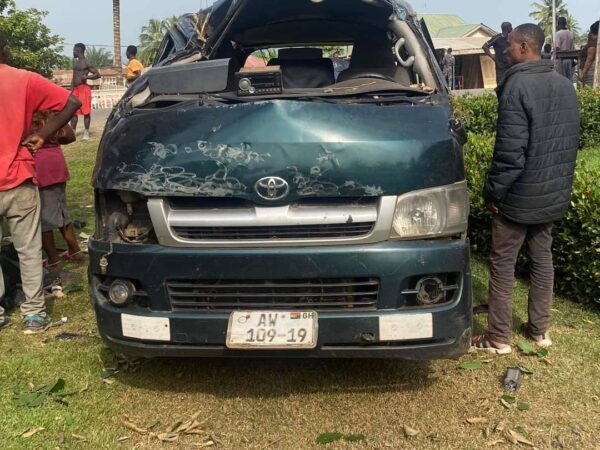 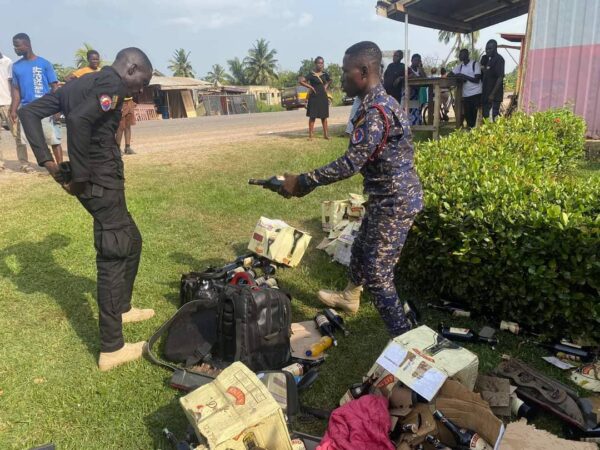 A total of three hundred and twenty -five (325) persons died in 1,177 road crashes in Eastern region from January to October this year, according to the National Road Safety Authority (NRSA).

Statistically, Ghana recorded reductions in crashes, Injuries and Deaths from January to September 2022 compared to same period 2021. There was 6.09% reduction in crashes, 1.2% in injured persons and significantly 17.08% reduction in fatality.

Dennis Yirebu, the Eastern Regional Director of National Road Safety Authority however says, Ghana’s desire to halt and reverse fatality rate of road traffic crashes by 2020 has been missed as Ghana still records more than a 1000 deaths every year.

He added “A major intervention of the NRSA and partners to address the situation and thereby achieve the target by 2030 as its in line with the SDGs has been the launch of the Stay Alive Campaign which has drawn a concept involving sister organizations and partners in a united front to minimize or at best stop this monster of a phenomenon called road crashes. The campaign has its theme ‘gyae obonsam adwuma’, to wit, ‘stop doing the devil’s bidding’” .

Dennis Yirebu explained more than 80% of crashes on Ghana’s road emanate from wrongful human behaviour which can be prevented through behavioral change.