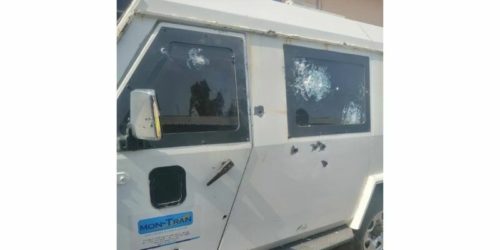 Five police officers and a civilian who were being tried for bullion van robbery related offences have been discharged by an Accra Circuit Court.

The court, presided over by Patricia Amponsah, discharged the suspects after the State withdrew the charges against them yesterday.

They were charged with conspiracy to rob and robbery, but pleaded not guilty.

However, no specific reason was given for the withdrawal of the case, which had travelled for more than eight months at the court by the prosecution, led by Deputy Superintendant of Police (DSP) Sylvester Asare.

Prior to the suspects being discharged, the court referred the matter for the Attorney-General’s (A-G) advice, hence, they being denied bail on about seven occasions.

In 2021, the Ghana Police Services recorded a series of bullion vans and street robberies within the Greater Accra Region, for which it mounted surveillance to find the culprits.

The court was informed that on February 22, 2022, the police received information that armed men who attack a bullion van with registration number GN 424-14 at North Kaneshie were one Constable Reindolph Gyimah Ansah alias Pablo and Lance Corporal Stephen Nyame both deceased.

Through investigations these two individuals were arrested and during interrogation, allegedly admitted the offence.

The court was further told that the constables, including the deceased officers, after their basic training were posted to the National SWAT Unit at the Police Headquarters, while Tettey was posted to the Rapid Deployment Force (RDF) in Wa.

The court heard that Yaro, Fosu, Rabiu and Tettey, when posted to their respective units, underwent various tactical and specialised weapons training to equip them for the function of their units which included the escort and protection of bullion vans.

Further investigations revealed that in February 2022, the accused persons, including their deceased colleagues and those at large, agreed, attacked, and attempted robbing Mon-Tran Ghana’s bullion van with registration number GN 424-14.

The court was further told that on March 6, 2022, Stephen Nyame and Constable Reindolph Gyimah Ansah alias Pablo were killed during an exchange of gunfire while leading the police to the hideouts of their accomplices at Ashaiman.

Previous S&P downgrades Ghana from CCC+ to CC, cites local debt default
Next Ghana must diversify from cocoa to agro-chemicals, others -Alan