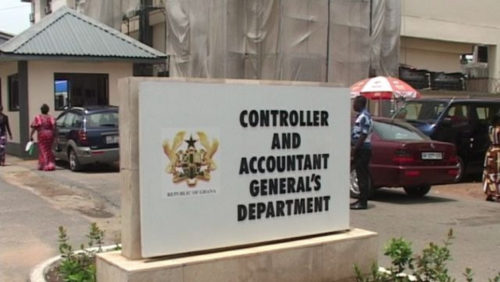 The Controller and Accountant-General’s Department (CAGD) has suspended payment of September 2022 salaries to some public sector workers.

The decision, the CAGD said is due to a mismatch of the bank names of the affected government workers on the payroll system and also invalid bank account numbers.

A letter sighted by JoyNews, indicates that the CAGD made the announcement on October 3 after a “quality assurance and other validation processes” were carried out.

It advised affected employees with mismatched bank names to report to the payroll coordination unit of CAGD at Block A, Room 32 with documents under a cover from the MDA confirming that they are at post.

The required documents include; an appointment letter, current posting letter, National Identification card, Pay-slips for the last 3 months and a voided cheque leaflet of their bank account.

“For employees with invalid bank account numbers, they are supposed to submit their correct account numbers to the PPSs for update”, the letter added. 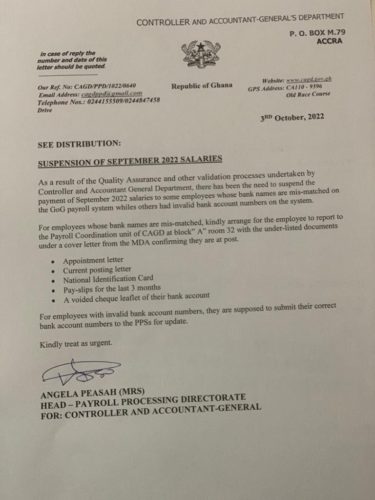