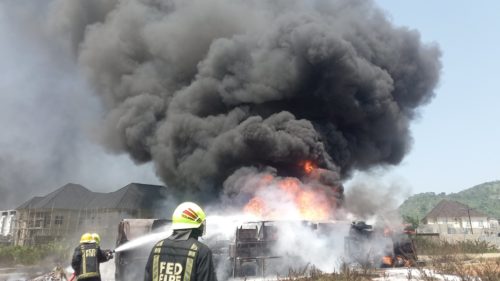 There was pandemonium at Kingdom Heritage Model School located at Jahi in the Federal Capital Territory, Abuja as parents rushed to pick up their children following a tanker explosion near the schoo 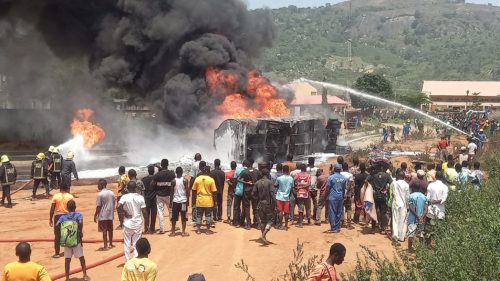 The incident occurred at about 11:30 am when a tanker loaded with diesel tipped over on its way to supply a gas station in the are

The tanker went up in flames, causing a commotion in the area as parents thronged the school to get their children 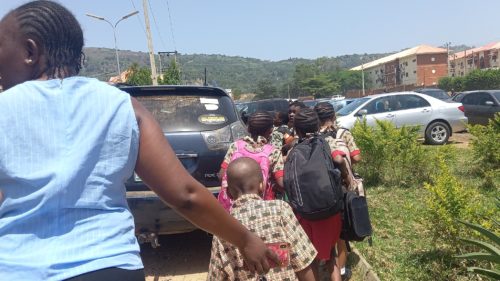 Meanwhile, when SaharaReporters visited the scene firefighters from the FCT were seen battling to put out the raging fire which was a few metres away from the school. No life was lost in the incident

Some teachers and other staff members in the school formed a circle on the premises, praying over the incide

Previous SHS Goes For Six Years
Next Dr. Hassan Ayariga writes: Ghana is in crisis and Fellow Ghanaians are suffering.