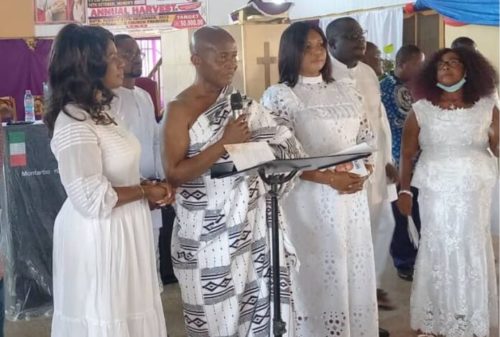 The three Bono Regions, namely Bono, Bono East, and Bono West have expressed gratitude to the governing New Patriotic Party(NPP) for electing their son, Stephen Ayesu Ntim as National Chairman of the party.

According to them, the party has done the three Bono areas a great honour with the election of their illustrious son.

On Sunday, 4th December 2022, a thanksgiving service was held at the Wesely Methodist Cathedral at Wamfie in the Dormaa East District to thank God for the election of Mr. Ntim as National Chairman of the NPP.

The Service that had Dormaamanhene Osagyefour Oseadeeyor Dr. Nana Agyemang Badu II as Special Guest of Honour was attended by many dignitaries, political players, government officials, and indigenes. 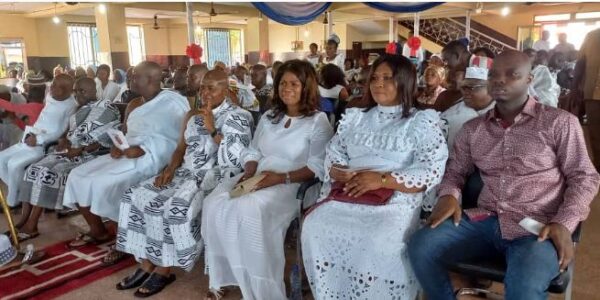 Mr Stephen Ntim in his speech admonished celebrants to be steadfast and faithful in the Lord through life’s difficult and arduous journey.

He stated that it was his unflinching faith and belief in God that has seen him annex the NPP Chairmanship slot after 4 previous attempts.

Mr Ntim implored believers to pray for and with him and also believe that the NPP will surely break the 8-year political cycle and retain political power in 2024 to continue with its good works.

Nana Dormaamanhene Osafyefo Oseadeeyor Dr. Agyemang Badu II, spoke about the need to unify all fronts in the NPP. He counseled his subjects to eschew all forms of societal ills, especially the galamsey menace, and stressed on the need to ensure the cleanliness of the environment. Nana pledged 5,000 cedis to the Methodist church’s annual harvest among other things. 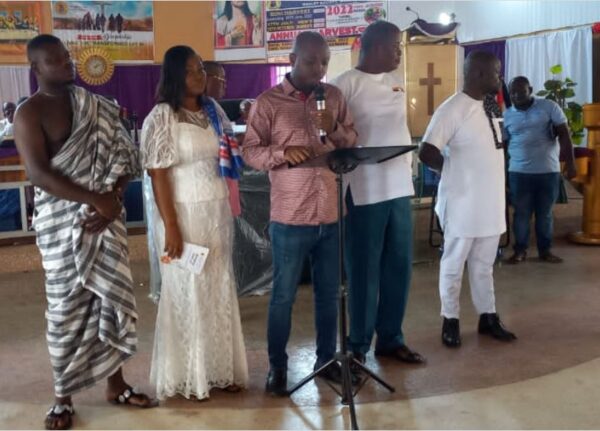 Bono Regional Chairman Kwame Baffoe thanked all and sundry for their belief and support for the NPP and touched on plans for the NPP in the ensuing years. He iterated that the primary focus of the Bono Executive Committee of the NPP is to put all strategies in place to ensure a resounding victory for the NPP in the 2024 general elections as an honor to Mr Stephen Ntim who is a Bono indigene.

NPP National Chairman and his family made a cash donation and musical instrument to the Methodist Church in fulfillment of a request made to him.

Dormaamanhene Osaagyefo Oseadeeyor Dr Nana Agyemang Badu II in his closing remarks as Chairman for the occasion admonished all citizens to show love and patriotism to mother Ghana and to assist in its development.

He promised to do everything within his power to achieve that ideal and invited all to come on board.

Previous Critical Evaluation of the Auditor-General’s audit of State Owned Enterprises
Next E/R: “Cross your Leg” campaign against teenage pregnancy in Akyemansa district