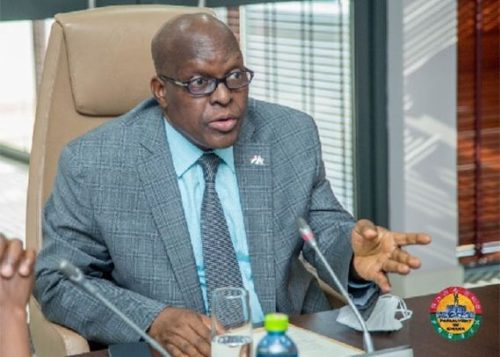 The Asawase MP says the Speaker is becoming a tyrant.

“I am sorry to say this, when you want to turn the Chamber of Parliament into a palace, then you become a tyrant. He is becoming a tyrant,” he said.

This, Mr Muntaka asserted, is because Mr Bagbin does not tolerate disagreement.

“You are not a chief, you are supposed to be a Speaker of Parliament and a Speaker listens to both sides patiently even where there is a disagreement and that is the essence of democracy to sometimes even agree to disagree but where you personalised it as if a disagreement is a disrespect to you .. then I am sorry you are becoming a bad Speaker,” he added.

In a yet-to-be-aired interview on PM Express tonight on the JoyNews Channel at 9:00pm, the NDC MP reserved some sharp criticism for Speaker Alban Bagbin whom he accused of abusing Parliament’s Standing Orders in setting up the controversial Adhoc committee that gave the Finance Minister, Ken Ofori-Atta a public hearing.

“That committee [Adhoc committee] was not necessary, our Standing Orders are very clear. Speaker has no discretion and authority to do any other thing contrary to what is stated in the Standing Orders and I continue to maintain that,” he emphasised.

The legislator, in this regard, lauded the 6th Speaker in the Fourth Republic, Aaron Mike Ocquaye saying “he built consensus far better than we are having now.”

The NDC Minority triggered the vote of censure motion desperate to remove the Finance Minister.

They accused Mr Ofori-Atta of mismanaging the economy while raising seven allegations against him.

The allegations raised by the Minority are: Conflict of interest, unconstitutional withdrawals from the Consolidated Fund, illegal payment of oil revenues into offshore accounts, deliberate and dishonest misreporting of economic data to Parliament, fiscal recklessness, alarming incompetence and gross mismanagement of the Ghanaian economy.

The motion was then admitted by the Speaker who later referred to an 8-member Adhoc committee to probe the allegations.

The committee completed its reports and presented it before the House to be voted on.

However, the Minority last week lost the vote of censure after their Majority colleagues walked out of the Chamber.

Previous Your accusations hurt us – Minority to Ghanaians
Next Full text: Ken Ofori-Atta’s speech on Staff Level Agreement (SLA) for an IMF-supported programme