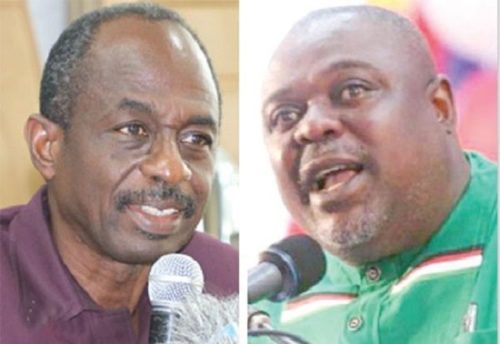 Former Deputy General Secretary of the National Democratic Congress (NDC) Koku Anyidoho is disappointed over the victory of Mr Johnson Asiedu Nketia popularly known as General Mosquito during the NDC’s 10th delegates’ congress on Saturday in which Mr Nketia was elected National Chair of the party.

Prior to the elections, Mr Anyidoho campaigned heavily against Mr Nketia on the basis that the party would lose the next elections with him as National Chair.

Commenting on this in series of tweets, Mr Anyidoho said “If anyone thinks I have wavered on my convictions; the victory of Asiedu-Nketiah has handed a victory baton to NPP.”

He added “I am grateful to God that nobody understands my brand of politics. The victory of Mosquito spells doom for the dead goat.”

Meanwhile, Mr Asiedu Nketia has extended an olive branch to all defeated candidates in the just-ended National Delegates Congress of the party.

He said their defeat is not one in actual sense but an indication that the party needs them to serve in other capacities.

He promised that all human resource deployment to be made by his administration will definitely include these candidates, who only missed out on securing the votes of delegates.

See also  Let Check The Quality Of Our Lawyers, They Might Not Be Good Enough - NDC Told