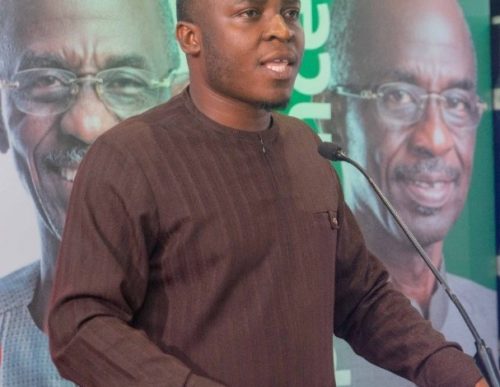 National Chairman of the NDC Johnson Asiedu Nketiah has dissolved his campaign team following the end of the internal contest.

He defeated Samuel Ofosu Ampofo at the 10th NDC National Delegates Congress at the Accra Sports Stadium to be the new leader of the party.

After pledging to lead a formidable NDC into election 2024 to win power for the party to change the country’s development paradigm, Asiedu Nketiah through his campaign spokesperson, Edem Agbana, has urged all other contestants to dissolve their respective campaign teams.

“The common battle ahead is to unite and defeat the inept and clueless NPP government to build the Ghana we all want,” Edem Agbana stated in a press release.

Below is his statement;

Hon. Johnson Asiedu Nketiah extends heartfelt appreciation to all delegates of the NDC for electing him as the National Chairman of the National Democratic Congress (NDC) on Saturday, December 17, 2022.

Mr. Asiedu Nketiah also says a special thank you to members of his campaign team including volunteers, constituency and regional coordinators across the country, the rank and file of the party and well-wishers for the hard work, which culminated in his victory at the 10th
National Delegates Congress.

By this statement, Mr. Johnson Asiedu Nketiah announces the dissolution of his Campaign Team.

He further urges all aspirants to dissolve their campaign teams because the internal elections are over. The common battle ahead is to unite and defeat the inept and clueless NPP government to build the Ghana we all want.

In recognizing the resilience and activism of all volunteers and campaign coordinators, National Chairman Asiedu Nketiah pays special tribute to the late Comrade AU Farouk, one of our coordinators in the Northern Region, who died in Accra on Friday, ahead of the Congress.

May the soul of our fallen soldier rest in peace.