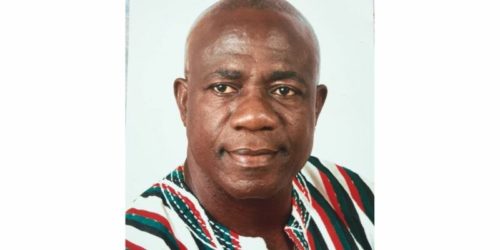 The Ashanti Regional Council of Elders of the National Democratic Congress (NDC) has vehemently refuted claims and allegations that the impending regional election is fraught with tribal politics.

Mr. Frank Osei Mensah, Chairman of the Council, in a statement, regretted that the report of a 7-member Fact-Finding Committee was being represented by some individuals who have had the chance of reading portions of it.

The first NDC Regional Chairman stated categorically that at no point during the deliberations of the Committee did the members discuss anything about tribe or tribal politics advertently or inadvertently, neither did the final report submitted to the national bodies, stating that the Council of Elders was yet to receive comments and directives from the two apex bodies of the party.

Ex-Chairman Osei Mensah admitted some members of the Committee, who spoke to the media on the summary of the report, misrepresented it to suit their whims and caprices, therefore, the general public must ignore the elements of tribal politics and misrepresentation of comments by some Committee members.

The Chairman of the Council stressed that the NDC, as a political party, needed all Ghanaians from various tribes and religions to vote massively for the party to win the 2024 elections.

He entreated delegates to remain united and elect hardworking and trustworthy people, irrespective of their tribe to lead the party in the Ashanti Region.

Previous NDC Chairman vows to facilitate win for the party in 2024, seeks delegates’ endorsement in the upcoming party elections
Next MASLOC Benefits not politically motivated – Oti Regional Director of MASLOC