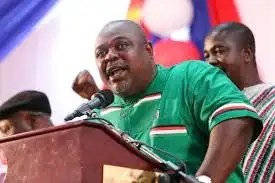 Founder of Atta Mills Institute, Koku Anyidoho has questioned John Mahama why he has bypassed the Finance Committee in the NDC to appeal for Ghc10 to support the upcoming NDC congress.

Speaking on Wontumi TV Morning Show he said he cannot fathom the rush by John Mahama.

The former Deputy NDC General Secretary asked “if he says he is appealing to Ghanaians and not only NDC members, what impression is he creating?”

He further asked that “which body in the NDC approves what he is doing?”

Koku Anyidoho said who will John Mahama give the account to after amassing the money?