Another Dead Body Discovered In Wa 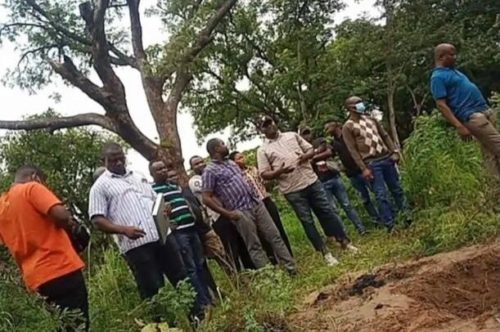 Another Dead Body Discovered In Wa

Information reaching DGN Online indicates that another bead body has been discovered at Wa in the Upper West Region.

The yet-to-be-identified dead body was discovered around the new structure close to the Wa Municipal Assembly shallowly buried.

It is believed that the deceased was attacked in the early hours of September 20, 2022.

Some clothes believed to belong to the deceased were however burnt at the scene.

This brings to 3 the number of security men who have been allegedly murdered in Wa within September 2022.

One suspect Kankani Adongo was arrested on September 19, 2022, in connection with the killings within Wa, and police custody assisted with the investigation.

The Ghana Police Service has offered a reward of GHC100,000 for anyone who provides information to assist the police to apprehend the perpetrators of the Wa killings.

“We continue to urge anyone with credible information that will lead to the arrest and prosecution of the perpetrators to come forward and share with the Police.”

According to the Police, analysis of intelligence gathered so far suggests that there may be more than one person involved in this heinous crime and assured that they will do whatever it takes to get them arrested to face justice.

Meanwhile, the Inspector General of Police (IGP), Dr. George Akuffo Dampare, has visited the Wa municipality and assured the chiefs and people of the Upper West region that the Ghana Police Service will do everything possible to arrest the perpetrators of the killings and kidnapping in the Wa municipality.