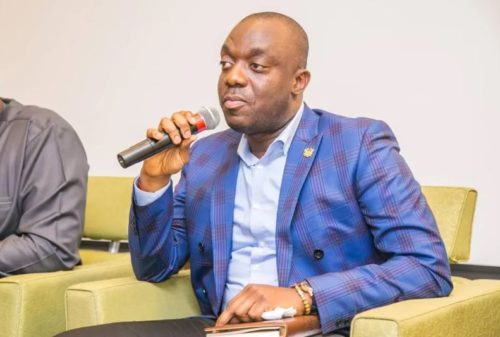 I bring you greetings from Ahensan in the Ashanti Region of Ghana, and I wish you a wonderful birthday as you turn 40 years old.

In the runup to your election as general secretary, we supported you even when all odds seemed to be against you. When the whole government machinery, appointees of government, national executives(including your own boy Nana Boakye), and most prominently, regional chairmen turned their backs against you to campaign for the incumbent.

Immediately you came to power, you strongly advocated for proper competition as the way forward. In your early statements, you tied the success of the 2024 campaign to a fair election devoid of favoritism or the granting of undue advantage to any candidate. You rebuked all party officials who seemed to favor one candidate at the expense of others. You clearly indicated that it was a threat to the party’s survival.

When supporters of Alan Kyermaten embarked on a mammoth health walk in Kumasi, you condemned that act and, in fact, wrote to him complaining about the conduct of his supporters. When people raised issues of similar conduct by the supporters of other candidates, you mentioned that it happened before you assumed office, and you are poised to protect what happens under your watch (new King New Law). Though some people were skeptical and felt it was a selective application of the law, others saw you as a bold and tactical GS laying a good foundation for victory 2024.

Disturbingly, you have recently released a MEMO that threatens all you claim you stand for. You have shown some early promise, and you need not let that confidence erode( learn from the story of your predecessor). As part of your government-party engagement, you met the Vice President. I have no problem with the said meeting, but I have strong issues with what is happening in the aftermath and your complicit behavior. After the said meeting, the Vice President, who we all know is lacing his boots to contest the NPP leadership election, sent an SMS telling all delegates that they would be able to register for the party ID card at no charge, which is an apparent attempt to buy votes. You did not only keep silent, but you also confirmed the same in a memo to all constituency executives.

The MEMO is not only a slap in the face of everything we believed you stood for, but it is an unfortunate act of you lending a hand to the Veep and his team to unduly influence the voters. It is even more appalling when your letter claims he has not paid, but he will lead efforts to raise funds. What does that mean at all?

What happens if he is not able to raise enough funds?

Is that the kind of agreement you conclude on behalf of the party?

Do you stop all payments just because f a pledge to raise funds? Not even a promise to pay? Is he going to pay for the rest? If the aim was to raise funds, why didn’t you give the opportunity to all party faithful to contribute to the effort?

You could have called on all potential aspirants to contribute.

I know your defense will be that the intention is not to influence the delegates. If so, why are they the only people he is paying for? What about the ordinary party member who also toiled for the party to come to power? Is it the case that they won’t benefit because they are not delegates?

Reflect on these questions and know that your actions, if unmitigated, are definitely directing the party in the direction you loathed. As we say in Twi, ‘oba nyansafo) y3bu ne b3 y3nka nasem.’

I call on you to immediately withdraw that MEMO; thus, if we are to believe that you are still the Kodua, we know, and we are to trust you to deliver the leadership we envisaged.

Otixpres.com is not responsible for this report and its content. The portal is a content curation and syndication platform that ethically publishes selected news articles of interest to our readers from a wide range of credible online sources.