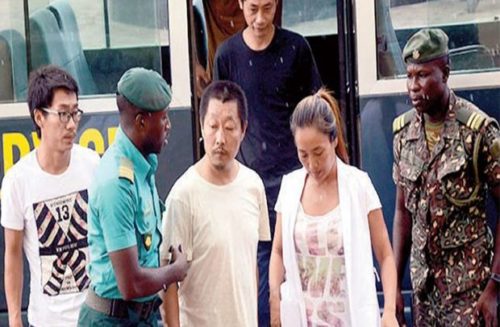 The first witness will appear next Wednesday, November 9, 2022.

This follows fresh charges pressed by the Attorney General against the acclaimed illegal miner shortly after she was busted in Kumasi by National Security and arraigned in an Accra Circuit Court.

In a virtual arraignment two months ago, the Attorney General’s Department said it was charging Aisha Huang with undertaking a mining operation without a license, facilitating the participation of persons engaged in a mining operation, illegal employment of foreigners, and re-entering Ghana while under prohibition to do so.

The Director of Public Prosecution, Yvonne Attakorah Obuobisa, appearing in court Wednesday, November 2 said that they had filed all documents including witness statements to be relied on for the trial of Aisha Huang.

Yvonne Attakorah Obuobisa stated that the state will call 11 witnesses during the trial.

“We have 11 witnesses and we intend to call all of them. Some of the witnesses have audios and videos that were captured in the course of investigations that will be played during their testimonies so we need facilities for those.” she told the High Court.

The exercise will continue on November 14, 2022 while the second witness; David Essien will appear on the 16th, 17th, and 21st.

The third witness; Nana Safo Prempeh will appear on the 23rd of this month and subsequently on the 28th and 29th.

On the 30th and 1st of December; the fourth witness; Matthew Kwabena Abotsi will have to appear.

Aisha Huang has been charged with undertaking a mining operation without a licence, facilitating the participation of persons engaged in a mining operation, the illegal employment of foreigners, and entering Ghana while prohibited from re-entry.

She has pleaded not guilty to all charges.