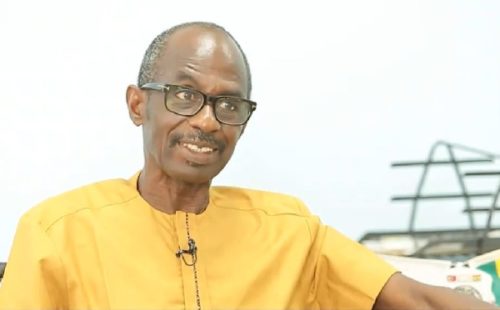 Incumbent General Secretary of the National Democratic Congress Johnson Asiedu Nketia has been fingered in attempts to rise to the Flagbearership of the Opposition party under a guise of Chairmanship.

According to the Ahafo Regional Youth Organiser of the party, Sulemana Masahudu, Asiedu Nketia appears to be using the Chairmanship campaign to launch a campaign for running mate or flagbearership of the party.

Asiedu Nketia who has been NDC scribe for 17 years fought tooth and nail to be made running mate to John Mahama in the 2020 election but failed as Prof Jane Naana Opoku-Agyeman was instead selected.

Asiedu Nketiah affectionately called General is now being accused by the Ahafo Regional Youth Organiser, Sulemana Masahudu, of nursing presidential and running mate ambitions under the guise of Chairmanship.

Mr. Masahudu claims Asiedu Nketia is using “cunning, flattering, populism and seemingly being clever than Ananse or every else in Ghana” to pursue his agenda.

“Why is it that general is visiting Constituencies to meet only 28 delegates per Constituencies yet moves with convoy and PA system? Is it a flag bearership or running mate campaign rather than national championship campaign?” He asked.

What is it that general wanted to do for NDC DELEGATES and members that he could not do as general Secretary for 17 years that can only be done when he is national Chairman?” Masahudu wrote.

Mr. Asiedu Nketia is contesting Samuel Ofosu-Ampofo for the Chairmanship of the Opposition party with election scheduled for December 17th 2022

Previous Dagomba men are wicked, jealous and very stingy — Direct Sibling of Habiba Sinare backs her sister
Next 70% Of Ghana’s Revenues Use To Service Debt- Ofori-Atta