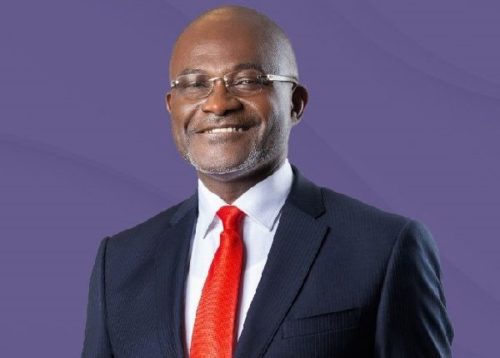 The Member of Parliament for Assin Central, Hon. Kennedy Ohene Agyapong has advised drivers to drive safely during the yuletide and the new year festive season.

He called on Ghanaians to celebrate in moderation by avoiding excessive drinking and other lifestyle which harm them later.

The legislator made this assertion on Tuesday, December 20 when he donated 9000 bags of rice to be shared among NPP Party Faithfuls in the 275 Constituencies.

The donation which was made in Accra saw some party executives from across various constituencies receiving the donation on behalf of its constituents.

Hon. Ken explain the quantity of the rice given out as well as how the distribution would be done.

However, the NPP Chairman for Anloga Constituency in the Volta Region, Joseph Kujo Adranyi, expressed gratitude to the legislator and assured them of equal distribution.