70% Of Ghana’s Revenues Use To Service Debt- Ofori-Atta 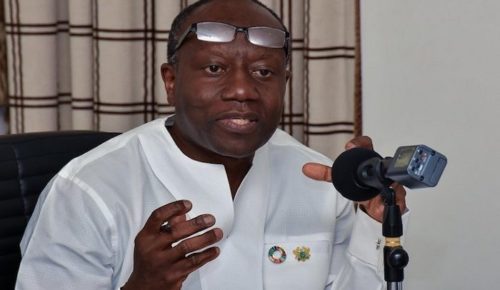 According to him, 70 percent of tax revenues in the country are used to service debt.

He said the programme has become necessary because of the enormous challenges with debt servicing.

He said “debt servicing consumes” almost all government’s revenue and also 70 per cent of tax revenue.”

He continued that “Which is why we are announcing this to restore our capacity to service debt.”

Touching on the debt exchange programme, the Finance Minister explained that, ”domestic bond holders will be asked to exchange their instruments for new ones.”

“Coupon payments will be semi annual,” according to him.