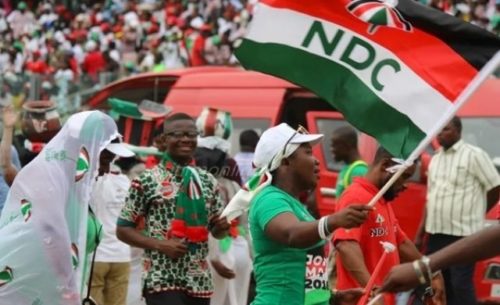 A former Ashanti Regional Security Coordinator under the erstwhile NDC government, Enoch Amoako-Nsiah, has said 40% of agents who manned the polls for the party in the Ashanti region at the 2020 elections were not members of the umbrella fraternity.

He says the leadership of the party failed to secure the services of real party members which affected their performance in the 2020 elections.

Speaking on Onua TV/FM’s Maakye Wednesday, December 14, 2022, the failed Ashanti Regional Chairman said the anomaly was discovered after a post election committee was constituted to investigate the cause of the party’s defeat.

See also  NDC Chairman vows to facilitate win for the party in 2024, seeks delegates' endorsement in the upcoming party elections

Disclosing some of the findings in the Nine-Member Committee report on the show, Mr. Amoako-Nsiah attributed the development to leadership failure at the national level, thereby accusing Samuel Ofosu Ampofo, the National Chair of the NDC.

He said even though the regional executives were directly responsible for whatever ensued at the time, the Director of Elections was appointed by the National Chairman who also failed to crack the whip when the issues were laid before him.

See also  After Polls: ‘I look forward to working with you’ – Bawumia to NPP’s new national executives

“We used NDC money to train NPP agents to man our polls. Some of our agents were saying 4 more for Nana at the polling station,” he told Captain Smart Wednesday.

He furthered that, “our Director of Elections made us recruit 4,000 more people. It is in this report that I realised the money supposed to be used to train the agents were squandered by some people.”

The issues from the report amid other allegations and counter allegations have come pending the National Delegates Elections of the NDC.

The party will hold its Congress on Saturday, December 17, 2022, following the organisation of the Youth and Women’s Organiser elections at the University of Cape Coast over the weekend.

Previous Inflation jumps to 50.3% ; highest in 27 years
Next ‘We will cut him to size’ – Victor Smith warns Asiedu Nketia