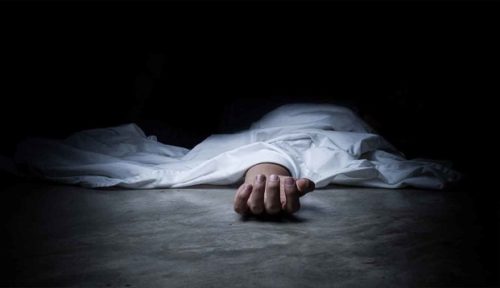 The Maryland Attorney General’s Office on Thursday identified the man who was shot and killed by sheriff’s deputies early Tuesday morning after he allegedly stabbed his parents, killing one of them.

Aaron Mensah, 23, of Frederick, was shot by deputies in a neighborhood east of Frederick, according to a press release from the Independent Investigations Division of the Maryland Office of the Attorney General.

Todd Wivell, spokesman for the sheriff’s office, wrote in an email Thursday that all three deputies are on paid administrative leave.

At around 2:10 a.m. Tuesday, Mensah’s sister called the police and said that Mensah was attacking their parents, according to the sheriff’s office. Deputies responded roughly two minutes later to 5804 Haller Place, a neighborhood south of Old National Pike between Frederick and New Market.

Mensah’s father was taken to Frederick Health Hospital, where he was later pronounced dead, the sheriff’s office said.

Sheriff’s deputies, Maryland State Police troopers and officers with Frederick Police Department found Aaron Mensah a few streets away at the 5800 block of Zoe Lane. He was holding a knife, which officers told him to drop, according to a press release from the Maryland Attorney General’s Office.

After an officer hit him with a beanbag shotgun round, the man “rapidly moved toward” officers, who tried to stun him with a Taser. Three deputies fired their guns at the man, striking him, a press release from the Independent Investigations Unit said.

Multiple rounds were fired and hit Mensah, though officials have not said how many times he was hit.

Mensah was pronounced dead at the scene, according to the press release.