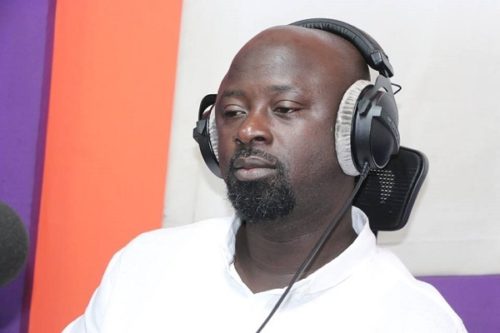 Former Municipal Chief Executive (MCE) for Obuasi Kwasi Ofori Agyemang alias Zuba, has stated that the party is fully prepared to face any onslaught by the New Patriotic Party (NPP) and state security if things are not done in a fair and transparent manner.

He says the narrative has been skewed towards the National Democratic Congress (NDC) anytime party activism results in violence portraying the party as blood-thirsty and violent when in actual fact that is not so.

In his words, the party will not take things lying down. “We won’t lie low” he declared.

“You think 2024 we will lie low? What makes people think we will lie low? In Techiman were we not practicing democracy but what happened? In Ayawaso West Wuogon were we not practicing democracy? Didn’t we see people who are national security elements shooting into the crowd, what has happened to them? In their case have we suspended democracy? Have we suspended the law?”, he quizzed

“When people in government perpetuate wrong and go scot free, you say I should not prepare and meet them, so they do the same to me (us) as a coward?”, he wondered.

Mr. Agyemang is unhappy that some Ghanaians are willing to take the NDC to the gutters when their issues emerge without giving them a hearing.

“Why are people treating the NDC this way? Why always us? We are a strong force. We are not timid. People shouldn’t make the NDC supporters timid. If the government does things right and the space is congenial everything will fall in line or else the 2024 elections we are not going to take it lying down.”

“We will not let the NPP run over us this time. We are a party born out of the military; we are a party full of brave men and women.  2024 it will not affect us it will affect those who started”, he declared.