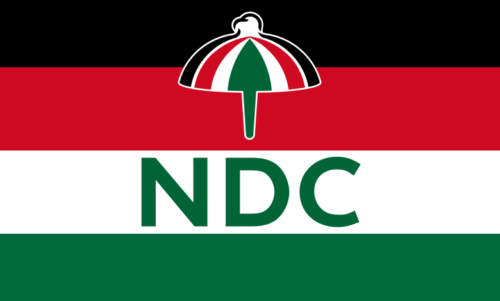 The Council of Elders of the NDC have cautioned the Electoral Commission to pull its breaks on the new Constitutional Instrument it intends to place before Parliament to limit the eligibility criteria for a new voter ID to only the Ghana Card.

The largest opposition party has served notice it has learnt bitter lessons and will uses all legitimate means including mass action to stop any process that will disenfranchise Ghanaians.

Addressing a news conference today, the party cited several reasons including Regulation 2 of the proposed C.I. which provides that (1) EC shall designate District Offices and any place it considers appropriate as a registration centre as major flaw.

National Chairman of the party, Samuel Ofosu Ampofo who addressed the media explained that the CI if passed would make easy accessibility for prospective applicants in hard-to-reach areas extremely difficult compared to the past where proximity to Polling Stations was key.

The party described as very disturbing and a threat to the peace of the country, actions, unilateral decisions by the Jean Mensah – Dr Bossman Asare led EC, which are further fueling mistrust.

“Since the politically motivated and unconstitutional removal of the previous leadership of the Electoral Commission by President Akufo-Addo and the convenient installation of NPP surrogates, Jean Mensa and Bossman Asare, at the helm of the Commission, consensus and dialogue have been in very short supply. Disrespect and hostility by Jean Mensa and her charges at the EC towards the NDC and parties deemed to be opposed to the current government have become the order of the day.

Jean Mensa and Bossman Asare have not hidden their intent and penchant for unreasonable and unjustifiable policies and measures aimed at furthering the interests of the NPP” …he emphasized.

The NDC also noted with concern that the ‘No Guarantor’ system the EC intends to adopt is a recipe for manipulation, gerrymandering that can be engineered by ‘paid’ agents or EC officials at their offices because political party representatives who may hitherto challenge or flag persons would have been eliminated.

Given the high levels of illiteracy in the country, this will create utter confusion on election day as such voters may find it difficult locating their voting centres for purposes of voting.

Thirdly, the more egregious of the problems potentially associated with this measure is the possibility of gerrymandering engineered by registration officials. Gerrymandering is the act of manipulating electoral boundaries in a bid to favor one party.”

In conclusion said called on the EC to engage all stakeholders including CSOs on the proposed C.I. since it has not been formally laid before Parliament.

It served noticed tht the party will use every lawful means to resist this latest effort to undermine the right of Ghanaians to vote and in the process skew the electoral system in favour of the NPP.

It addeded….”We will mobilize the broad masses of Ghanaians to wage a sustained and unrelenting campaign to prevent any attempt by the EC to strip large sections of the population of their right to vote.

The Ghana card is a new feature of our national life and cannot immediately become the only means to identify a Ghanaian only because it plays into the hands of the NPP whose members constitute the leadership of both the National Identification Authority and the EC.”