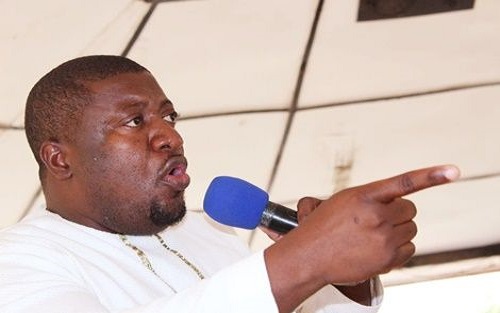 National Organizer of the ruling government Henry Nana Boakye popularly known in the political cycles as Nana B, has chastised the national chairman of the NDC Johnson Asiedu Nketiah over his public declaration concerning the 2024 general election.

Mr. Nketiah whiles delivering his victory speech on Sunday, December 18, 2022, at the Accra Sports Stadium after the national delegates congress, voiced out that the newly elected executives of the NDC are willing to sacrifice their lives for electoral victory in the 2024 general election.

But to the NPP’s organizer, they are unfazed by Asiedu Nketiah’s public declaration and added that the latter can single-handedly choose to sacrifice his life for power because the ruling party does not care what he intends to barter his life for.

“Then he will definitely die, he will die. Over the years, elections in the country has been held to exercise our franchise but for a national chairman to come out to say you are going to sacrifice your lives for an election, then just go ahead and do that…if you lose and you will resort to sacrificing your life go ahead.”

Nana B said although there have been pockets of incidents in past election exercises organised in the country, Asiedu Nketiah’s yardstick of using that to call for sacrificing their lives is uncalled-for.

On that score, he described the comments made by the NDC chairman-elect as “irresponsible talk” and pleaded to the media not to entertain such statements from people like the former General Secretary.

The legal practitioner believes the ruling party has the men among its national executives to match that of the NDC’s to amass votes for the party in a quest to break the eight year jinx.

LISTEN TO NANA B’S RESPONSE TO ASIEDU NKETIAH BELOW