2023 Budget approval: Trust us to protect your interest …Minority reacts to public backlash 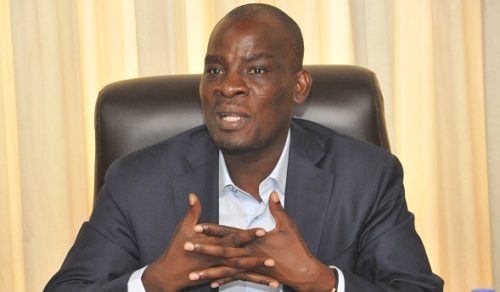 The Minority has called on Ghanaians to trust it to protect their interest as the House moves to the second stage of approval of the 2023 budget statement and economic policy of the government.

The caucus said it is unfair criticisms by the public that it assisted the Majority Caucus to approve the budget on Tuesday despite a censure motion it has moved for the removal of the Finance Minister from office.

Without a contest, the Minority lost a voice vote, in the judgement of the Speaker of Parliament, Alban Sumana Kingsford Bagbin, following the conclusion of the debate on the principles underpinning the budget statement.

They have since come under scrutiny by social media users and mainstream media having earlier pledged they would not approve the budget in whole.

Addressing journalists in Parliament yesterday, the Minority Leader, Mr Haruna Iddrisu, said what happened on Tuesday does not mean the budget has been passed.

“The approval process of the 2023 budget statement is not over yet and the public should have faith and trust in the Minority in exacting accountability and standing strong with them,” Haruna assured.

According to him, “the consequences of not approving the policy statement are even graver than approving it.”

The Ranking Member on the Finance Committee, Dr Cassiel Ato Forson, said having carefully analysed the budget, the Minority would not support the approval of two of 23 tax handles.

They are the increment of Value Added Tax by 2.5 per cent and the removal of the threshold exemptions on the Electronic Transfer Levy despite a reduction from 1.5 per cent to one per cent.

“We in the Minority, as social democrats, believe in progressive taxes but in as much as our generation introduced VAT, we think that this is not the time to increase VAT; at a time inflation is sky rocketing. We are asking the government to hold on to that policy for the future. When there is stability, you can introduce VAT,” Dr Forson said.

It was baffling, he said, that Government which argued during the debate on the passage of the controversial E-Levy that poor people would be exempted because their income is not good enough, would come back seeking to remove that same threshold.

They include a GH¢1.4 billion contingency vote which the Minority said must be rejected and a GH¢80 million allocation to the building of the National Cathedral.

On the debt exchange programme, Dr Forson said government was trying to bypass Parliament but the Minority would insist that the document is made available for parliamentary scrutiny.

“We can assure you that the budget approval process is not complete. Let no one create the impression that the budget has been approved. Our position is that the bills that will come before the Finance Committee will go through proper scrutiny including the estimates for the ministries departments and agencies.”

To him, the criticism of the Minority by the people indicated the trust the citizenry has in the opposition law makers to stand up against such an “insensitive government”.

In as much as they don’t have the numbers to have their way when it comes to voting, DrForson said they would put up a fight and lose if it came to voting.

The second phase of the approval process would be the consideration of estimates of the various MDAs and the third stage to consider the revenue bills.

The passage of the Appropriation (Amendment) Bill to give the Finance Minister, Ken Ofori-Atta, the power to withdraw funds from the consolidated fund and other public funds for the running of the state, would climax the process on December 21.

Previous ‘It’s time to limit access to Supreme Court under right to appeal criminal, civil cases’
Next Is Ukraine’s new drone a game-changer in the war?