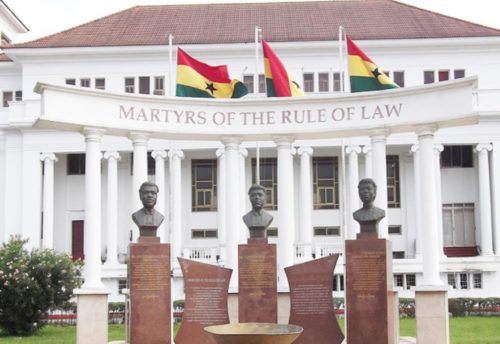 Former COCOBOD Board Chairman and Elder of the National Democratic Congress (NDC), Daniel Ohene Agyekum suggests claiming the party needs to apologize to the Supreme Court for wasting its time during the 2020 Presidential election petition by his party is ridiculous and absurd.

He cannot fathom the locus of such people making such arguments he told listeners of Kumasi-based Ultimate Cup Tea morning show monitored by MyNewsGh.com.

For him, until the NPP apologizes for the same in 2012 during the 9 month-long Presidential petition there is no need to go into such an arena with the NDC as it will be unfair.

See also  VIDEO: Prophet gave me several rounds of s3x the day I went to him to cure my disease – Woman recounts

“I have heard people say because a leaked tape by a member is suggesting the party had no evidence we should apologize to the Supreme Court, how can that be. That is an absurd position”

“Do lawyers apologize to the courts when they don’t win cases?  No they don’t, so why do people impressing on the NDC to do the same. I just don’t understand this” he said.

When asked due to their badmouthing of the apex courting, it has been nicknamed unanimous FC based on some of their ruling 7 – 0 , 6 – 0 and the likes.

“You see, when a certain party and President has parked the Supreme Courts with its people and members, what do you expect people to say? They live in the country and no what goes on”

“No one should blame the NDC, After all the a security adviser in this government had cause to worry of some of the rulings of the Supreme Court in this country, was that an NDC position”

“We all know what is happening in this country, have we so soon forgotten the Agyapadea documents and what the NPP and the Akyem mafias want to achieve. They have conquered the media, conquered the financial sector and they have also conquered the courts too, can’t you see?”, he argued