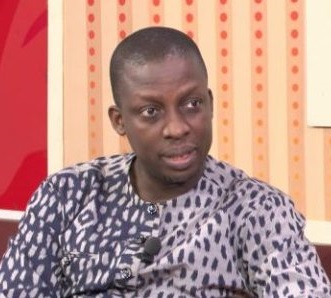 Pressure Groups, Arise Ghana and Justice for Ghana will today picket in Parliament to demand that the House does not approve a GH¢80 million allocation for the construction of the National Cathedral.

The groups will also demand that the lawmakers reject the proposed 2.5 per cent increment in Value Added Tax and the Electronic Transfer Levy which has been revised to one per cent with the threshold removed.

They also want the legislators to reject the government’s debt exchange programme if it is brought before the House.

Convener of Arise Ghana, Prince Derrick Adjei, told parliamentary reporters that the identified policies do not inure to the benefit of Ghanaians and that if same are approved, Ghanaians’ living conditions would be worse off.

See also  Sim re-registration: Deactivating sims could cause chaos, we’re not ready to do that – Martin Kpebu

“We want the cathedral project completely taken off government’s books and the walls brought down so that Ghanaians can see the extent of damage caused to Ghana’s public purse.

“The public purse has been hurt very badly and we believe that the money spent on the cathedral so far must be retrieved.

“We believe very strongly that pensions of Ghanaians must not be touched and therefore we want that taken off the books and as far as any restructuring of our debts are concerned.

“Ghanaians are already suffering and we do not expect any more nuisance taxes. The E-Levy must not happen in the form that it is being proposed, there would be no threshold for the poor.

“We do not expect any increase in VAT and for that matter, we expect our parliamentarians to shoot down all that we have enumerated,” Mr Adjei stated.

For his part, the convener of Justice For Ghana, Selorm Dramani, said the communications surrounding the construction of the cathedral, a place of worship, does not make it dignifying to the service of God.

Meanwhile, the Member of Parliament for Bole Bamboi, Yusif Sulleman, has revealed to the media that the GH¢80 million budgeted for the cathedral has been rejected at the level of the Committee on Tourism, Arts and Culture.

The Minority caucus has been threatening to vote against the allocation to the construction of the cathedral and the tax handles when they are tabled before the House.

The House is expected to rise today sine die for the Christmas break.